“No one should be punished for the sin of the father.”
– Verodiane Nyirasinamenye
Amahoro Orphanage
Musanze, Rwanda

Twenty years ago today, the Rwandan genocide began. The night before, a plane carrying then-President Juvenal Habyarimana – a Hutu – was shot down, killing everyone on board, including the president of neighbouring Burundi. Hutu extremists blamed the Tutsi rebel group, the Rwandan Patriotic Front (RPF), based in Uganda, and began a well-organised campaign of slaughter in retaliation. The RPF said the plane had been shot down by Hutus as an excuse for the genocide.

Many articles today will write a variation of the following: “Over 100 days, 800,000 to 1 million Tutsis and moderate Hutus were massacred.”

But there are two groups of people deeply affected by the genocide that are rarely mentioned in the news, or the academic literature: the Batwa and children conceived through rape during the genocide.

Five years ago, I travelled to Rwanda to conduct research for my Masters dissertation (I was attending the London School of Economics, completing an MSc Human Rights) on the rights of those children. I had also recently completed a 3-month placement as a Gender Intern with Minority Rights Group International (MRG), working on violence against Dalit and Batwa women and girls, among other issues.

I felt that I was fairly well-versed on the Rwandan genocide before starting my research. After all, I’d been immersed in learning about egregious human rights violations since I was 1 year old, when my aunt took me to my first political advocacy meeting, on the anti-Apartheid movement in South Africa.

But even I had never heard of the Batwa. The pygmy people of Rwanda, Uganda, Burundi, and the Democratic Republic of Congo. They were maybe 1-2% of the Rwandan population in April 1994, but more than 30% of their population was killed during the genocide (in comparison to about 14-20% of the entire Rwandan population and 70% of the Tutsi population). They were often caught in the middle of the violence, and accused of taking one side or the other.

I’ve watched a lot of movies on the Rwandan genocide – Hotel Rwanda, Shooting Dogs, Sometimes in April, The Day God Walked Away  – but in only one have I noticed a Twa* character, and that was in Kinyarwanda. For more on the Batwa, see MRG’s publications. 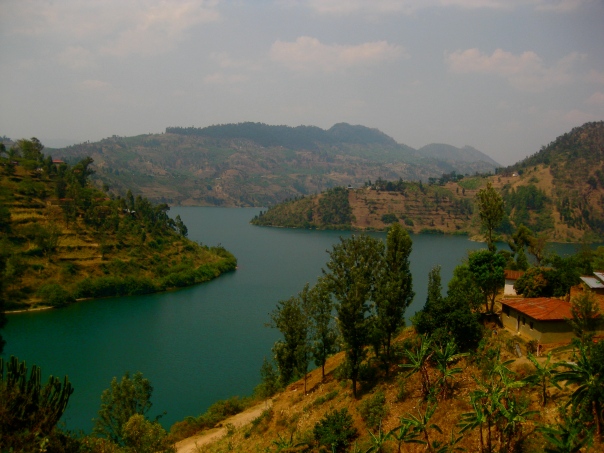 With children born of rape, they’re only just beginning to receive some attention in the popular media. An article in The Guardian this week profiled some of those children, for example.

NGOs estimate that at least 250,000 women were raped during the genocide, and possibly as many as 500,000. Rwanda’s National Population Office estimated that, as a result of this violence, between 2,000 and 5,000 children were born. Many victims’ groups state that there are 10,000 such children, while some NGOs, such as Foundation Rwanda, quote a much higher number – 20,000 children.

But when I was conducting my research, there really was very little out there. For example, in 2003 Human Rights Watch had a report on children in post-genocide Rwanda, called  Lasting Wounds: Consequences of Genocide and War on Rwanda’s Children, and children born of rape were conspicuously absent.

Why is this the case? For one, sex is a very taboo topic in Rwanda, as it is in many countries, let alone sex outside of marriage. There isn’t even a kinyarwanda (the local language) word for “rape.” Rather, rape victims would use phrases such as “married until I couldn’t breathe” and “I had no choice but to be a wife to him.”

Secondly, and this may seem like a technicality but it is quite important, these children are not considered survivors because they were not alive during the genocide. They were born afterwards, and consequently are not viewed as survivors by NGOs such as Fond d’Assistance aux Rescapes du Genocide (FARG). While I was in Rwanda, one situation was related to me of a child whose siblings had their education paid for by FARG, but not her own, as she was not considered a survivor. Her mother was left to explain the situation of her birth.

Thirdly, and this is only relevant for some children born of rape, only Tutsis are considered survivors. Official state policy is that there are no longer any tribes or ethnicities in Rwanda. In fact, it is illegal to use the words “Twa,” “Tutsi,” and “Hutu” in public political discourse. Hutu, Tutsi, and Batwa no longer exist; everyone is “Rwandan.” However, in practice, this is certainly not the case. In order to be viewed as a survivor in Rwanda today, a person must be Tutsi. According to the RPF-dominated government, no Hutu are survivors, even if their own Tutsi relatives, such as a spouse or child, were killed.Those Hutu women who were raped during the genocide are therefore also not considered survivors. In fact, even those Hutu who have relatives who participated in the genocide, but did not participate themselves, can be labelled “génocidaires.”

The Batwa continue to live in extreme poverty, most are landless, and Tutsi and Hutu continue to discriminate against them. They are also invisible. In a February 2009 response to the Committee on the Elimination of Discrimination against Women, when asked about Pygmy (Twa) children, the government of Rwanda’s response was, “The country of Rwanda does not have Pygmy children.” When dealing with a government that refuses to acknowledge a victimized minority group, it is extremely difficult to achieve change. How does one advocate for a group that does not exist? This makes life especially difficult for children born of war to Twa mothers.

This sentiment, that only Tutsi are survivors, is also found in state laws, such as Law No 69/2008 of December 30, 2008, regarding the establishment of the fund to assist survivors of the genocide (FARG). Throughout the law, and in its title, survivors are called “survivors of genocide against the Tutsi.” There is a disconnect between the state’s attempt to eradicate ethnicity from the public discourse, and a discriminatory policy that only helps Tutsi survivors, but not Hutu or Twa. The children born to Hutu or Batwa mothers are doubly affected; not only are they not survivors because of when they were born, but their mothers are not considered survivors either.

And lastly, these children are usually considered to be their rapist fathers’ children, both by their families and by wider society. They are called such things as “children of hate” and “little interahamwe.” There are fears that the children will “rise up and join their fathers.” Many newborns were abandoned on the steps of government buildings, their mothers saying they were “the state’s problem.” According to the Family and Promotion of Women Ministry of Rwanda in 1995, more than 80 percent of mothers were abandoning their babies. In other cases of genocide and ethnic cleansing, such as Bosnia, there were reports of women killing their babies shortly after birth. I have not read about any such case in Rwanda, but that doesn’t mean it didn’t happen. Others were kept by their mothers, with both mother and baby driven out by the mother’s family because the child was a “child of the enemy.” There are cases, as well, of children being kept by their mothers and raised in loving extended families.

I won’t get into the details that consist of my Masters dissertation, but suffice it to say that children born of war in Rwanda faced stigma and discrimination due to the circumstances of their birth, which often lead to violations of their rights to life, security of the person, education, health care, an identity, and birth registration. But there are some great organizations like Foundation Rwanda working to rectify that situation (in Foundation Rwanda’s case, its focus is on education).

Some people talk about Rwanda as the “great bastion of democracy in the heart of Africa.” This is false, in my opinion. There are countless stories of political dissidents, opposition leaders, and journalists being killed or “disappeared.” Does anyone wonder how or why Paul Kagame is still in power, twenty years later?

And as stated above, people cannot speak openly about ethnicity in the country. For a persecuted minority like the Batwa, this is extremely problematic. How can organizations work to further Batwa rights (e.g. land, poverty, the belief that sleeping with a Twa woman cures backache) when they can’t look at the Batwa as a separate group?**

Yes, Rwanda has come a long way, but it’s not all the way there yet. There’s still a lot of work to be done. 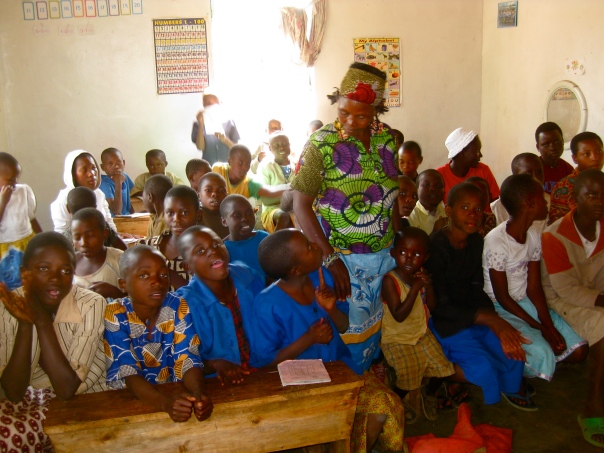 Verodiane Nyirasinamenye, the Mama of Amahoro Orphanage in Musanze, Rwanda, with some of the children in her care. She takes care of a few abandoned children born of rape; I interviewed her for my dissertation

* Twa is for a single person; Batwa is plural. Technically, Hutu should be Bahutu and Tutsi should be Batutsi when speaking about groups. I decided to use the more common Hutu and Tutsi instead.

** I met with a representative of a Batwa organization in Rwanda while conducting research there; we had to be very careful, and he ended up meeting me at my hotel as a tall, blonde, white woman like me would have caused too much unwanted attention by showing up at their office.

*** For more photos of my time in Rwanda, see my Facebook album