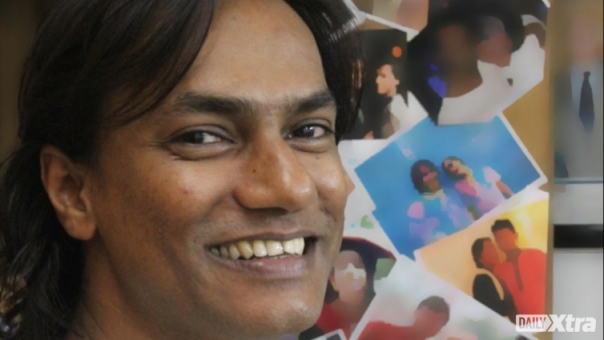 Last year around this time, I interviewed LGBT activist Xulhaz Mannan in his apartment in Dhaka, Bangladesh. Less than a year later, on 25 April 2016, Mannan and fellow activist Mahbub Tonoy were hacked to death by assailants who broke into that same apartment.

When I woke up that morning in my cozy bed in Santiago, Chile, hosted by a lovely gay couple, I saw the news on my BBC app – all it said was “LGBT activist hacked to death in Bangladesh” and I immediately felt sick to my stomach. Was it someone I interviewed? What happened? How was the rest of the community feeling and dealing with it?

Later that night, I found out it was Xulhaz. My heart sank. I emailed the two other activists I’d interviewed with him that day last year, as well as a few others, to express my condolences and ask if there was anything I can do.

But there’s not much I can do, at least not much concrete. It just saddens and angers and horrifies me that there are people who do this – especially people who profess to do this for their God.

I had nightmares for days afterwards, and felt guilty about that because how was I really, personally, affected? I was safe and sound in South America, not a death threat in sight. If I was having nightmares, what were the people in the LGBT community in Bangladesh experiencing?

In the end, I wrote an article for Daily Xtra using some of the words from those in the community who feel forced to go underground. I suppose, one of the ways we can fight this hatred and horror is through our words.