← Why I Travelled to Lesbos in the Middle of a Refugee Crisis
I’m Number 1! →

Cochrane Place: Refuge Among the Clouds

A refreshing and delicious iced tea at Cochrane Place

In early June 2015, in what was one of the hottest temperatures I’ve ever experienced, I found myself taking a 10 hour train from the capital of Bangladesh, Dhaka, to Kolkata. It was the middle of a viscous heat wave that was killing thousands of people across India.

As I walked along the scorching platform in Kolkata, I saw hundreds of people lying down, listless, under what little relief the open air shelter provided. One woman in particular caught my eye – her head shaven, angry staples and stitches etched their way across her skull. Clearly she’d recently had surgery. A friend or relative beside her poured water from a plastic bottle into her open mouth.

Luckily, and I recognize the immense privilege I have in being able to do this, I only stayed one night in the oppressive heat (I’d spent a few days in Kolkata a few weeks before), and caught a flight the next day to Bagdogra, in the high altitude of Darjeeling District in West Bengal province.

Using my trusty Lonely Planet, I discovered Cochrane Place located in Kurseong, a short drive from the airport. Upon looking at their website, a notice popped out at me:

Are you an Artist/Writer/Travel Blogger/Photographer?

And it listed an email for information. After emailing them, I was invited to come stay free of charge (though I would pay for any food and services used) in exchange for taking some photos and hopefully writing a piece about them.

But really, I didn’t need any incentive to write something – Cochrane Place, and Kurseong itself, is a beautiful “refuge among the clouds” from the intense summer heat in India. While I was there, it was sometimes a bit too cloudy for the really great sweeping views the area is known for. But I didn’t mind – sometimes fog adds a bit of mystery to the adventure! 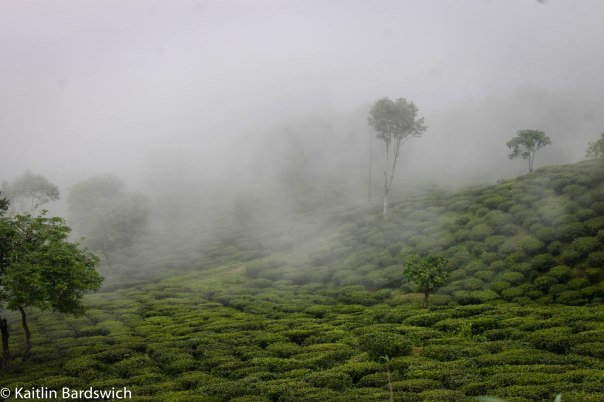 The fog rolls in like on the Scottish moors

Kurseong is located at the beginning of the infamous Darjeeling railroad line (actually, it’s in the middle but at the time I was there, the first part was closed due to a landslide a few years before). If you go to this area, you need to take the train!! Even if you haven’t seen Wes Anderson’s awesome The Darjeeling Unlimited (which, honestly is one of the reasons I wanted to come here), this trip is just so quaint and beautiful and lovely. (Sidenote: don’t buy a first class ticket; it’s really just a slightly comfier seat for 10 times the price, and second class is a lot more fun. Though people will ask you a few times if you’re sure you’re in the right compartment). 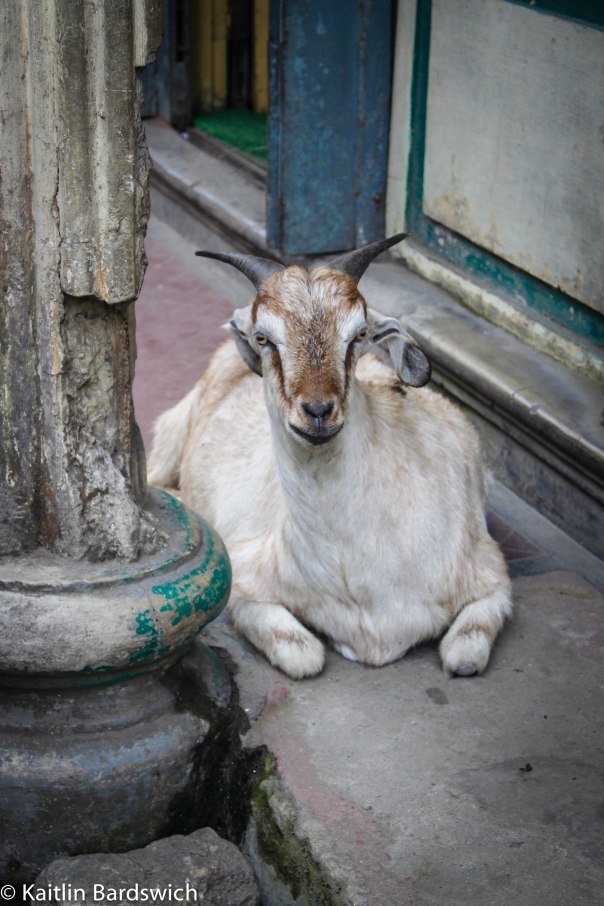 Yeah, I have a thing for goats. This one just looks so regal

Wandering around Kurseong, you’ll see some animal life, meet some lovely people, and can check out coffee plantations along the way. 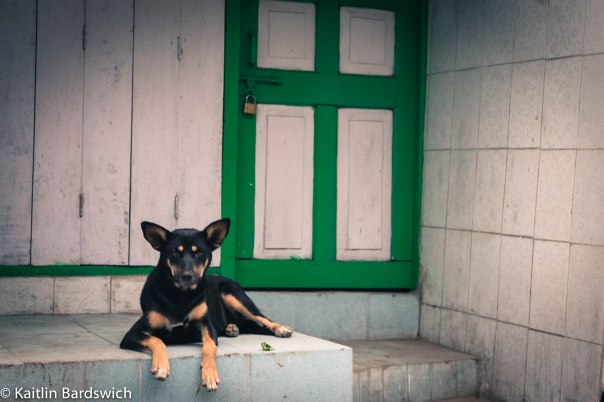 And of course, the requisite puppy photo

I even saw some monkeys being given fruit by people and tormenting dogs.

Cochrane Place can organize tours around the area – everything from bird watching to visiting a shaman to touring monasteries. However, not all tours are available all the time, and some can be quite expensive if you’re a solo traveller.

Near a church along the railroad

One of the best things I did in Kurseong was have a stick massage at Cochrane Place. A stick massage may seem – at first – like a slightly benign form of torture, but it was SO amazing!

Basically, in this one hour massage, you are fully clothed (as you normally would be; you don’t have to be covered head to toe) and your masseur basically starts beating you with stick-like instruments. 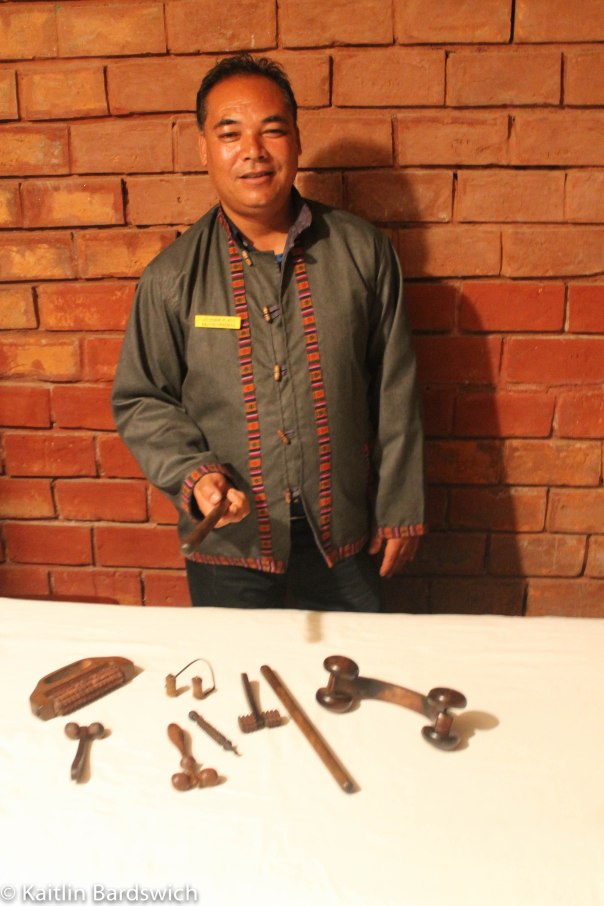 Or at least that’s what it feels like at first. In reality, the masseur uses these instruments to hit different points on your body in quick succession, and it really works! While I felt at times like I was being punished for something, in the end, this is one of the best massages I’ve ever had. All my knots were worked out – and believe me, I can have some serious knots in my shoulders. 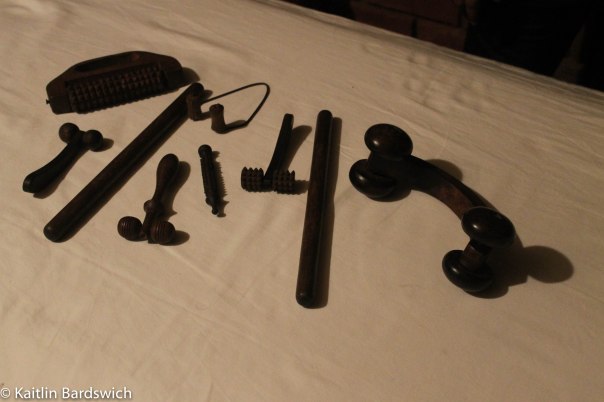 Tools of torture? In some ways, but pain is gain as they say

So in the end, this was a fabulous two night stay in Kurseong. On day three, I packed up my stuff and boarded the Darjeeling Express!

For more pictures of Kurseong, see my Flickr album

On my way to Darjeeling!

Posted on November 18, 2015, in India. Bookmark the permalink. Leave a comment.

← Why I Travelled to Lesbos in the Middle of a Refugee Crisis
I’m Number 1! →