← Hot Docs: Watchers of the Sky
On Calling People Out →

It’s never a good sign when the Q&A is exponentially more interesting than the actual movie. On Friday, the first movie I saw was Bintou, a film about a young seamstress in Burkina Faso who works mainly for white ex-pats. 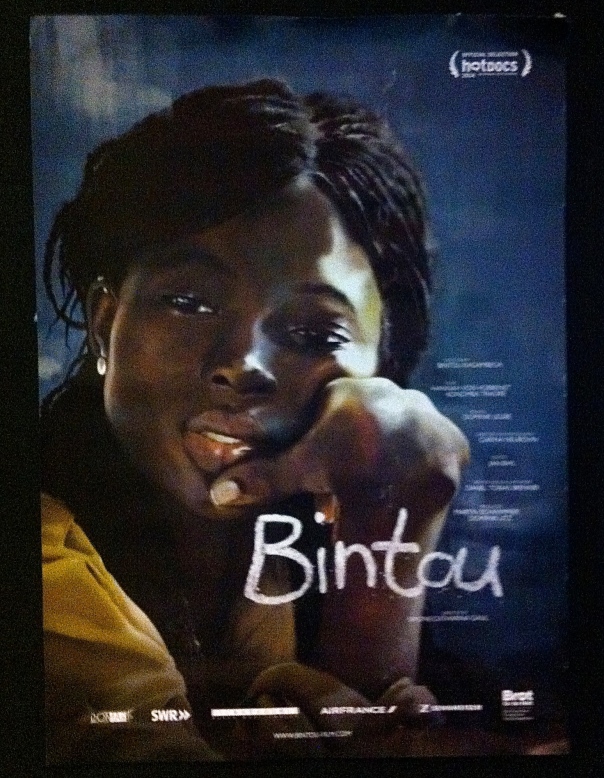 The poster for the movie

I was interested in this movie because I, as a white Westerner, have gone to Africa and had clothing made for pretty cheap prices. I recognized myself in parts of the movie.White people don’t haggle over prices, for example, Bintou explains. No, we don’t, because they’re so much cheaper than what we’re used to.

But the movie itself fell fairly flat. The director, Simone Catharina Gaul, said they’d shot about 80 hours of footage and edited it down to this one hour. It was basically about Bintou’s life, the unusual living situation with her daughter, and the “secret” around her daughter’s birth, which is never fully revealed. What I would’ve wanted – and this is what I saw in most of the excellent movies at Hot Docs I saw this year – was the social commentary.

When I was in Zambia, I bought a bunch of fabric in the local market (my host, my former boss who has retired back to her homeland of Zambia, actually told me to stop buying fabric at one point, half-jokingly. But it was all just so beautiful). Then we went to a seamstress that my host and her family used quite often, and who they bring tourists to, and I had a few outfits made. And they’re beautiful. But I don’t know anything about this woman except for, really, her name. Margaret. 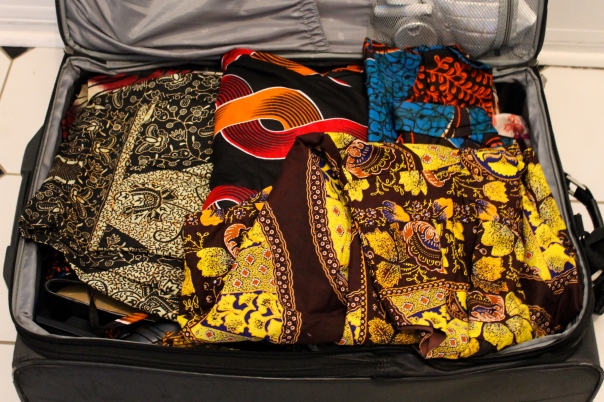 My suitcase of clothes made by Margaret

During the Q&A, Gaul spoke about the white ex-pats who go to seamstresses like Bintou and don’t seem to be interested in the people who make these clothes. The Westerners are just going to get a dress for $6, as she puts it. They wanted to give Bintou a voice – which is why they gave her her own video camera to shoot her own footage, which also appears in the film.

Gaul also spoke about some of the difficulties of filming in the country. In West Africa, she explained, people are suspicious of WHite people taking photos or videos because of previous bad experiences. They’ve experienced people taking photos and then suddenly when they go back to their home countries and need something to illustrate “HIV in Africa” or “starvation in Africa,” any photo with Black people in it will do.

Fabric in a Lusaka market

But none of these very important issues came through in the film. It was a nice little story about a young woman in Burkina Faso, but there was no “oomph”; it wasn’t compelling. And from what I heard on my way out of the theatre, others agreed with me.

Oh well. They can’t all be gems.

← Hot Docs: Watchers of the Sky
On Calling People Out →