On Wednesday, we looked at theological and ethical perspectives on creation and on justice. This consisted of some very interesting lectures and discussions, around such questions as “Did the leaves fall from the trees in the Garden of Eden?” It was deep.

Caroline and I were tasked with the evening prayer that day. We wanted to bring a very Canadian feel to this prayer, so we incorporated some United Church of Canada and KAIROS resources into the service. It was very important for us to include an Aboriginal element to the service, and to what we bring to the program as Canadians. Of course, I in no way am speaking on behalf of the Aboriginal peoples in Canada, nor do I presume to be an expert on Aboriginal issues. In fact, I have a lot to learn. And I want to learn a lot more.

I just want to make sure that the views I bring from Canada are not solely a white, middle-class, female perspective, but include other voices, especially the voices of our original inhabitants. And we’re doing that not by speaking for them, but by including examples of climate change in Canada that specifically affect Aboriginal communities, relating things that Aboriginal people have directly told us, and including Aboriginal spirituality in our services. We did this on Wednesday by using a prayer, from a KAIROS resource, that focused on the Four Directions, and had the youth participants move to the East, South, West, and North for different parts of the prayer.

Instead of a hymn, we used what I called “an alternative hymn.” At the North American Forum and Hearings on Poverty, Wealth and Ecology, one of the participants, David Greenfield of the Religious Society of Friends (Quakers) in Saskatchewan performed a song he wrote at the Occupy Calgary site. We taped it and put it on youtube, and so Caroline and I decided to share it with our fellow participants.

Speaking of Occupy, people interested in Israel/Palestine should read this post by United Church of Canada Ecumenical Accompanier Jan McIntyre.

Wednesday evening was pretty awesome. It was Part 1 of our Cultural Night, and there were many different cultures on display. Some danced, some played instruments, and some, like Caroline and I, showed a beer commercial. 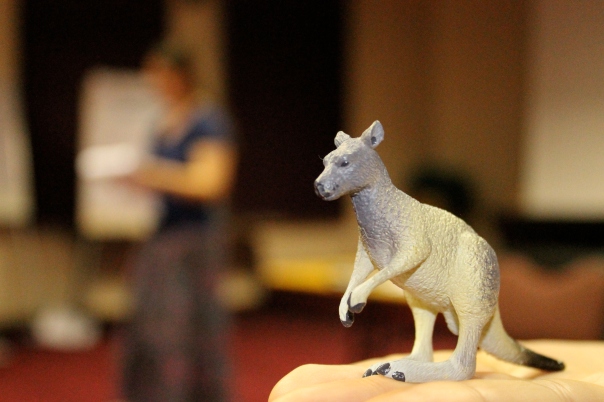 Jessica and her kangaroo, from Australia

Maggie and Suwilanji from Zambia and South Africa 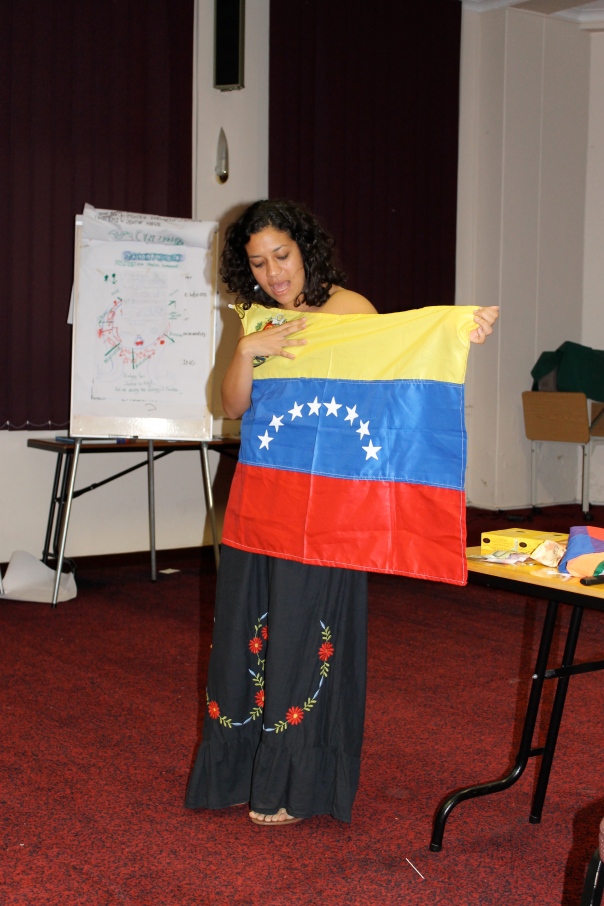 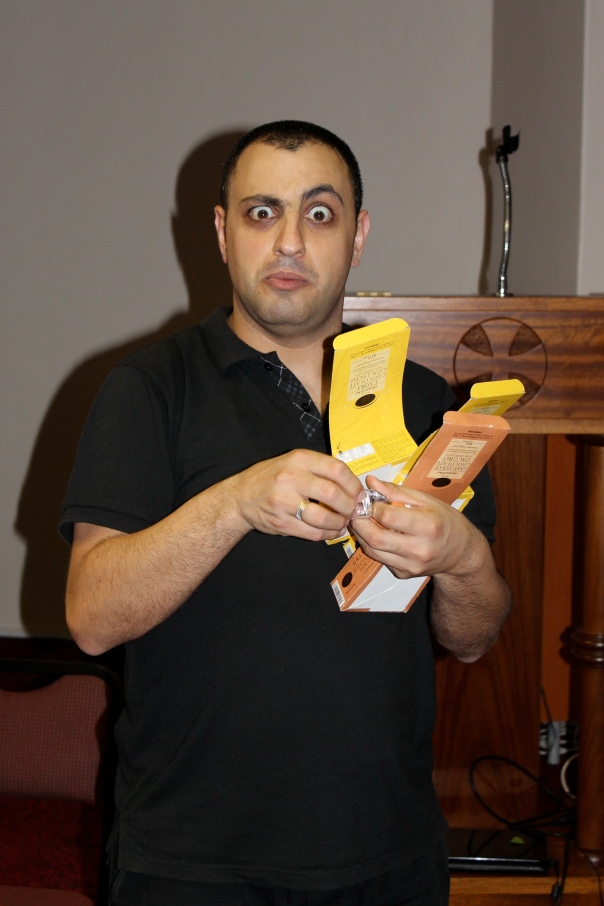 Ra’ed from Palestine, our MC

Posted on December 3, 2011, in COP17, South Africa. Bookmark the permalink. Leave a comment.