From the heavy & political to the light & fluffy, that’s how yesterday went. It began with a trip to Occupy London. After visiting Occupy Calgary last week, I was pretty excited to see what London had to offer. And I was not disappointed. I heard that the day before (I guess that was Friday?), the occupiers had all been served with eviction notices. But everyone seemed in good spirits, and there were lots of people visiting and talking with the protestors and bringing them food. 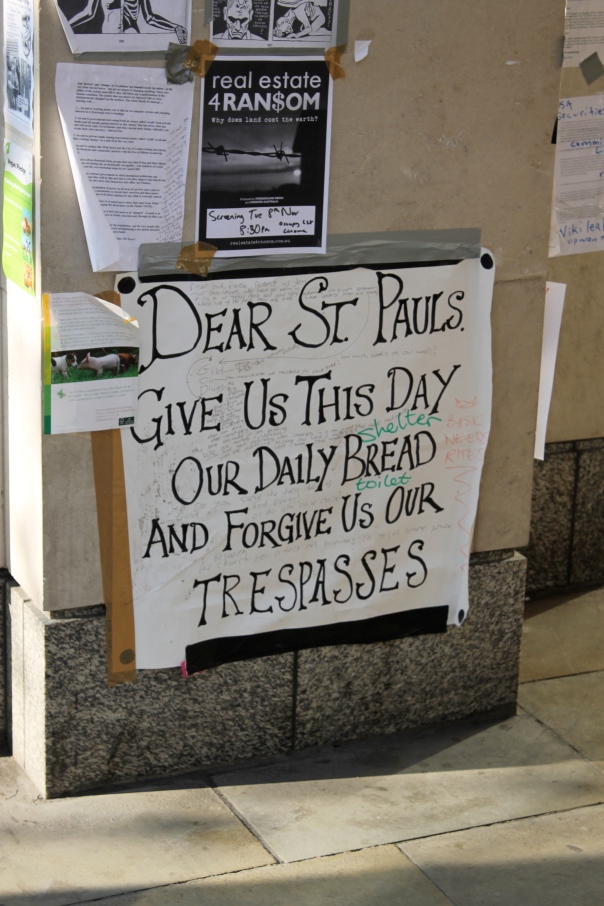 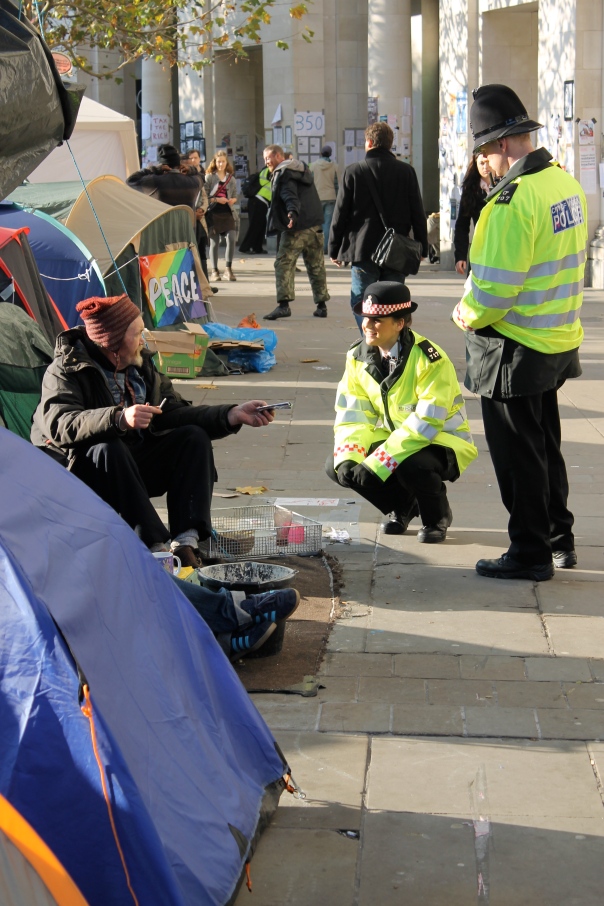 Police chatting with a protestor

My cousin (who lives in Ireland) was with me today, so after Occupy, we spent our time rather frivolously, wandering the streets, shopping, and drinking a glass of mulled wine at the Christmas market in Hyde Park.

Last night, the two of us were joined by 8 of my friends for dinner and drinks in Soho. Dancing the night away, it was a great way to say goodbye (again) to London, as I prepare to face some very serious issues in South Africa.

Four of us out at a typical British pub

Posted on November 20, 2011, in Travel. Bookmark the permalink. Leave a comment.